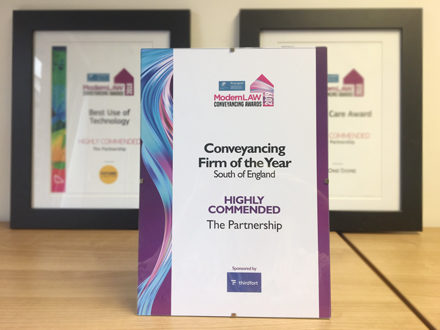 The Modern Law Awards which launched in 2016, in association with Modern Law Magazine, has become an annual staple in the conveyancing calendar with top innovators and achievers in the national conveyancing market being recognised and rewarded for their efforts.

Peter Ambrose, Director at The Partnership said “This is great news for us – and great recognition for the hard work that everyone at our company puts in. Great indictment and good to be back again on winning terms!.”

And did those feet, in ancient time
Comments are Off