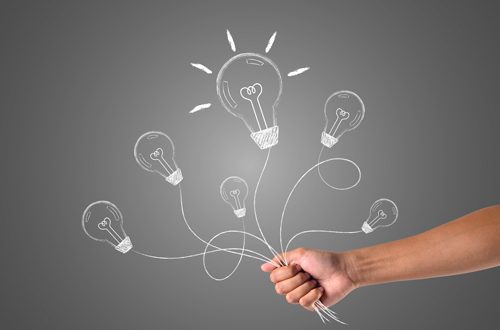 You never stop learning. Oh, and making mistakes. Especially when you’re running a technology-led organisation like The Partnership, when things are always changing as you adapt to new requirements.

I know I’ve been banging on for months about our migration to the cloud and its positive impact.  Well, most of that positivity comes from me with my new-found ability to sleep through the night without waking up in a cold sweat about the threat of ransomware.

However, this week I’ve learned that not everyone here shares my unbridled joy.

Turns out it created a bit of a pain for most of our users.

And I had no idea.

The joys of migration

Migrating to the cloud enabled us to turn off all our Windows servers, which was simply joyful.  These obsolete beasts cut forlorn figures resting silently against the server room wall while we try and work out what to do with them.

We had eliminated costs and a maintenance headache.  All was rosy.  Sure, we knew about a change we had to make with some optical character recognition (OCR) software that converted PDF documents to Word that no longer worked but we had provided an alternative.

Now, when it comes to software updates, we know what we’re doing.  We’ve been rolling out new solutions for 10 years and we’re pretty good at it.  We send out an announcement to the company, implement the change and wait for everyone to thank us for all the time we’ve saved them.

Our first mistake was forgetting to tell anyone about the change.  We figured as our new OCR solution converted documents to text rather than Word, as it was only used for converting enquiries, that would be fine.

Which was our second mistake.  We didn’t actually check what they were using the OCR for.

The bit where we learn a really good lesson

Turns out we had unwittingly removed an important function from our users.

Over three months ago.

Our company intranet has a page with an “ideaslist” where users request changes and everyone else votes for them.  Someone requested we reinstate a Word version of OCR but only 10 people had “liked” it, so it only got to the top of our triage list last week.

When I asked those who’d voted what they actually used it for, it turned out it was almost everywhere – leases, management reports, titles, surveys; you name the document, they were copying the data from it.

And yes, they needed a Word version so they could paste it into their letters.

Certainly, not us who had made the decision without asking them first.

To put it right only took a couple of days; tested some alternatives, bought some software that cost about £2000 and rolled it out to our users.

Everyone was grateful that we put things back the way they were and also solved another issue they had with splitting and merging PDFs.

What did we learn?

Turns out quite a few things.

Firstly, you can never make any assumptions about what your users are doing with the software you give them.

Secondly, technology solutions are very cost effective compared to your users’ time and can be rolled out quickly.

Finally, and most importantly, conveyancers are amazingly resourceful.

They will make the most of whatever they are given, using products to solve problems you had no idea they had.  Also, if something doesn’t work, they don’t bleat, they crack on – they don’t have the luxury of time to waste.

Which explains why so many business owners live in blissful ignorance of the pain their decisions are causing their lawyers.  No wonder they churn through reams of paper every day and dictation is actually still in use.

That’s the thing; conveyancers don’t whinge about the inefficiencies they have to put up with.

Maybe they should a little more.

Peter Ambrose is the owner and Managing Director of The Partnership – a boutique legal provider specialising in the delivery of transparent and ultra-efficient conveyancing services.

It’s all about exchange. Obviously.
Comments are Off

What we don’t do as lawyers
Comments are Off

9. Confessions of a cyber conveyancer
Comments are Off