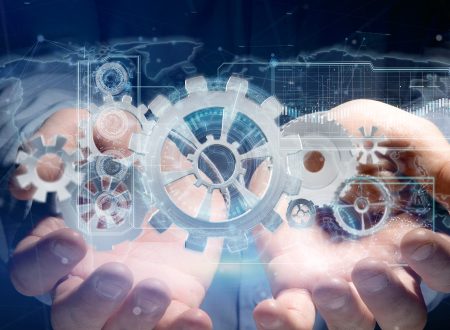 Last month, we were challenged to write about the wider issues faced by the house buying public rather than just those suffered by “whining conveyancers”.  To be fair, lawyers are known to whine.  It’s usually because they work in old-fashioned environments with ludicrously high caseloads and constantly ringing telephones caused by a complete lack of understanding of service provision.

We really didn’t need the government to run an enquiry into what is wrong with the buying and selling process.  Budget-starved Whitehall could have saved a fortune by popping into a couple of estate agents, called a few lawyers and carried out a survey in the Woking Asda for 20 minutes. The answer would have been the same.

Buying a property is a complete pain in the neck.

From the minute a buyer has their offer accepted, they are thrown into a highly complex process that uses unfamiliar terminology and involves numerous people, any of whom could mess it up.

In short, they experience a lack of control that would make a Brexiteer weep into his Great British Breakfast.

Those experts who think the issues are caused by the public’s lack of education on the buying process need to go and sit somewhere quiet and dark.  It’s like suggesting that everyone should know how to replace an iPhone battery – sounds completely sensible, but it’s very difficult, there’s lots of very fiddly parts and, as with the inner workings of a sausage factory, people really don’t want to know how it is done.

Property terminology is confusing for those who don’t deal with it regularly and the experts tell us that using “plain English” is the answer.  After all, pity the first time buyer who is told to instruct a lawyer “for the Memorandum of Sale.”  It sounds awfully legal and complex but this is only a foretaste of what’s to come.  When we get to “Declarations of Trust” or a “Surrender and Regrant” it’s no wonder people’s thoughts drift off to the latest recoupling on “Love Island”.

The problem is we NEED consistent descriptions for documents and issues that all the industry understands.  It’s like asking an Alfa Romeo mechanic not to use the term “swirl actuator” but instead say something like “a thingy that pumps air into the diesel to make the engine run smoothly.”

As lawyers, agents, mortgage brokers, agents and surveyors who deal with this terminology every day we need to take the time to explain these to our clients.  It takes effort and commitment because dull lists of “frequently asked questions” or telling people to “Google it” are simply not going to cut it.

It is not unknown for them to offer legal advice which can lead to tricky situations.  An agent recently told a client we did not have to refer an allowance to the mortgage lender, after we had explicitly told them we had to.  This resulted in the client instructing us not to communicate with the agent going forward which caused even more problems.

Another agent, who was genuinely trying to be helpful, checked with a local authority about a wall that had been taken down, which subsequently turned out not to have building regulation approval.  This put the property on notice with the council, so we couldn’t get indemnity insurance – the property become unmortgageable and everyone was a little sadder after that.

What about those lenders, eh?

Buyers, having been lulled into a false sense of security by the almost instant mortgage agreement in principle, are often shocked by the impact their mortgage lender can have on their deal.

Just last week, on the day of exchange, we were waiting for approval from a lender.  Out of the blue, they refused authority because the property had two titles and they insisted they be merged into a single title before exchange.  This process could take months and would have certainly killed the deal.  We were able to convince the lender to wait until completion, but this took almost a whole day of cajoling, with the resulting stress for our client.

Let’s not forget about the banks

Completion day is always extremely stressful for buyers and lawyers often get blamed for things going wrong.  Obviously, lawyers have been known to forget to order mortgage money, but the banks are perfectly capable of generating all kinds of excitement by themselves.

Despite what most people think, money really CAN go missing at a bank.  In one case, we sent £4 million to a bank who then denied all knowledge of it.  Naturally, our client was a trifle concerned, especially, as this denial lasted for over 24 hours.  It took them until the following afternoon to confirm they had money all the time but they had put it into a suspense account for anti-money laundering checks.   Which was nice.

The process IS difficult, and there are no silver bullet solutions.

However, raising awareness of the numerous issues that can arise so expectations can be set correctly may help the public understand a little more about what could go wrong and maybe there will be fewer surprises and less stress.

Now, if only the Remain campaigners had tried that approach a couple of years ago …

Why don’t law firms have sales teams?
Comments are Off

Want to fix conveyancing? We need a burning platform
Comments are Off