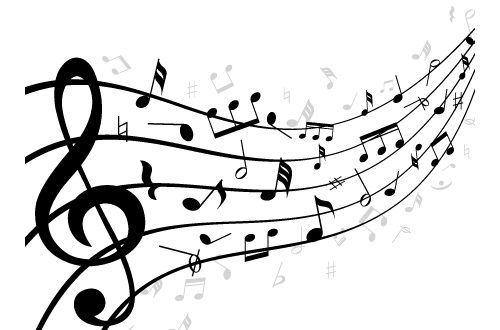 Yup, I’ve been listening to D:Ream’s “Things can only get better” on repeat for DAYS now.  One of the few benefits of working from home is being able to choose your own music rather than when I’m at the office where my colleagues’ Spotify playlists exclude such 90’s classics. And it is a classic.

It’s no surprise that in the last election that Labour won, it was the backing track for their events. Forget Blair’s brave new policies, it was this that brought a whole new meaning to positivity. And let’s face it, a bit of positivity is what we all need right now.

Change is in the air

We have cases with over 750 agents, and this gives us a good insight into what’s going on in the market.  Suffice to say, there’s a touch of uncertainty out there.

If I had a pound for every time someone has asked me whether the SDLT holiday deadline will be extended.  I’d have at least sixty quid. When the rumours started swirling around about a possible closing down of the housing market again.  This took the smiley edge off things.

Finally, adding into this heady mix, with the communication problems and delays we are seeing.  You’d think agents would have every reason to be a little bit sulky.

But there is good news.

Rather than diving down a rabbit-hole of despair, we’ve seen a brilliantly concerted effort from agents to make things work. With clients stuck at home monitoring every move in the glacial house moving process, managing expectations is almost impossible. Despite this, agent conversations over the past few months have been particularly supportive and understanding. This is making a huge difference. When agents have a better understanding of the realistic timings involved, it helps us by being on the same page. Especially with everyone under our mutual clients’ microscope.

Agents helping to explain things to clients makes life a lot easier for us.  For example, that it takes about four hours to produce a leasehold report on title.  Planned major works can be addressed by a ‘retention’ which can be agreed in hours. Or that just because we have received a local search doesn’t mean we can exchange immediately

Not everyone is helping

Sadly this is in stark contrast to what we are seeing from some law firms. We know that lawyers, especially the stereotypically pale, male, and stale types, are not having a fun time. Compounded by many firms unable to provide remote working.  They are forcing their people to come into the office, which is bringing down the mood in many establishments.

As a heads-up, for agents who think some lawyers reserve belligerent behaviour just for them, be assured you’re not being singled out for special treatment. A solicitor called us last week and told my colleague he was going to get her fired because she couldn’t find the property for which he was instructed on the other side.  Given the property was in Ireland.  It was pretty unlikely we’d be acting, as it’s outside our jurisdiction.  Suffice to say, my colleague is still very much working here.

I then had the joy of speaking to a partner who accused us of giving him false information and wanted to make a formal complaint.  The “false information” was that we had mistakenly told him that a colleague was working that day, when in fact, she wasn’t.  He demanded we put changes in place to ensure that such heinous errors didn’t happen again.  It was nice of him to take the time to make THAT call.

Finally, when things were getting exciting just before Christmas, a solicitor called me to make a complaint that my colleague was “sitting on their arse, not bothering to do anything”.  Which again, was nice.  We needed to report to our client but couldn’t guarantee that this work would be done “by close of business today” as she demanded.  To be fair, our solicitor WAS sitting down at the time.

Seems that not everything is changing, sadly.

It’s now becoming clearer to more people that the events of 2020 may not be as revolutionary as some first thought.  Perhaps an acceleration of what was going to happen anyway.

Seeing the more consultative approach between agents and lawyers first-hand is fantastic.  With pressure from clients higher than ever, many more agents are starting to see the benefits of co-operation and are in turn voting with their recommendation lists. Which is a positive outcome.

Looks like Tony was right – things ARE going to get better.

6. Confessions of a cyber conveyancer
Comments are Off