Remember the good old days when gentlemen used to settle disputes with a duel?  These were highly civilised affairs, usually involving an early morning start, some staff and a couple of pistols.  If you were a rich person and had a disagreement with another rich person, one of you would be dead by the end of the process.

In these times, such a certainty of outcome certainly has a pleasant ring about it.

Especially when it comes to buying property, because if someone asks “Would you rather move house or stick one of these pins in your eye” it’s definitely not a clear-cut decision.

The slightly good news is that instead of guns, now the disgruntled have a wide choice of weaponry. Columns such as these, social media and especially review sites which provide a direct replacement for the death – not death scenario, with what we call the 1-star, 5-star option. You’re either outstandingly brilliant or obscenely incompetent, and nothing in between.  Unpleasant but not quite so terminal.

How on earth did it come to this?

It was always going to go this way

In the last few years, anyone involved in providing service knows that people have become far less tolerant of when things don’t go to plan.  This is particularly acute in the home buying process – one that is fraught with challenges most of which are beyond any one person’s control.

But it’s too easy to rue those good old days, with their rickets and typhus.  Earnest discussions about how agents and lawyers used to go down the pub on a Friday afternoon and six pints of Old Wallop later, every case would have exchanged, are for the birds.  The reality is that the opening times of the court of public opinion have been extended to 24 hours per day, and calm, measured opinion sharing are behind us now.  It was inevitable, but like many other issues, the recent years of increased isolation and lack of cohesion between people have accelerated this change.

We need to accept that the genie of shooting-from-the-hip is not going back into the bottle.

So how do we deal with this?

The challenge for everyone in property is that people are used to getting results from complaining.  Especially when it makes commercial sense for large companies to give refunds rather than deal with an unhappy client.  However, with property, the stakes are much higher and it’s not the same as sending a replacement packet of Weetabix when a customer complains that one of the biscuits arrived broken.

One thing that is clear is that it’s going to take action from those who understand the complexities and inadequacies of the process to dial down the rhetoric.  Agents claiming they could do a better job than the lawyers, lawyers criticising other lawyers for asking unnecessary enquiries, or brokers blaming lenders for incompetence, merely pours petrol onto a highly combustible fire.

As long as we’ve got people looking to blame someone, in the hope of a reduction in fees, or money back or something for nothing, such talk is only going to cause more problems.   As we say, that genie is already out of the bottle, so when the professions duke it out online, this is only going to make things worse.

Let’s be clear.  We know lawyers take on too many cases because their owners have prostituted themselves to the panel managers for low fees.  We know the no-sale no-fee model of estate agents can drive huge pressures on negotiators to aggressively pursue deals.  We know that lenders, management companies, freeholders and in fact, anyone who has to employ humans, can be slow and inefficient.  But highlighting these issues will not solve them in the same way that any Spaniel will tell you that barking at the moon never made it go away.

It’s time for the grown-ups to take a stand

It was telling during the lockdown years and the associated property boom, that there were relatively few arguments between the parties involved in transactions.  However, with things going back to normal, those old pressures are rising.

With client expectations never higher and deals becoming more valuable, it’s time for everyone who knows what they are talking about, to stop, take a breath and realise that beating the angry drum is not going to help. 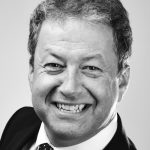 17. Confessions of a cyber conveyancer
Comments are Off