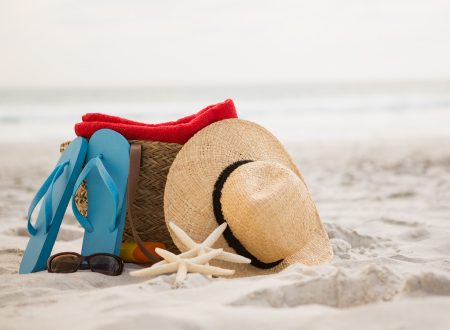 Thinking about Jon Snow’s concerns in Game of Thrones that “winter is coming” brought to mind an issue that arises in the summer months and drives terror into the hearts of even hardened agents. This issue is typically revealed after a call to a conveyancer for a case update elicits the following response: “I am sorry but the lawyer on that case is on holiday.”

Now, we’re not saying lawyers shouldn’t take holidays. Frankly, given the fractiousness we’ve experienced from our counterparts recently, some of these keyboard warriors could do with a bit of time away to relax. However, the way lawyers typically handle holiday cover highlights one of the core problems of conveyancing – how the performance of one individual impacts on the numerous people in a chain.

It’s all in their head

Most conveyancing lawyers have information about the case that they don’t write down anywhere. This means that when they take holiday, leave the company or are unlucky enough to fall under the proverbial bus, this information disappears with them. Unfortunately, for most owners of law firms this is in the “too-difficult” pile to solve and so they just ignore this risk – the lawyer is paid to manage the case and as long as they keep turning up there is no problem.

For the client, unfortunately, in the event of that lawyer not being available, having someone pick up the file on their behalf often means going back to square one on the case, with the inevitable duplication of questions and research, which can be extremely frustrating.

What typically happens when lawyers DO take holidays?

There is a certain irony around the thought process of clients when they learn that their lawyer is off on holiday. Conveyancing is slow and painful, so if a lawyer is out for one week out of the national average of 16 weeks, in reality it has less impact than people think. However, the idea that a lawyer may not be available causes panic amongst clients who are certain it will cause their case to fall through in that time.

The situation is often made worse by the lawyer who, knowing their clients will panic, merely avoids telling them altogether, resulting in a nasty surprise when the client (or agent) calls in and finds they are not available. From the lawyer’s perspective, it’s not plain sailing either. Many say that the grief they receive on their return – complaints and unhappy clients – undermines taking the holiday in the first place.

The problem is worse in smaller firms where there may only be a couple of people who actually do conveyancing, so asking a colleague to cover may not even be an option. These are the firms that have to resort to temporary cover from locums, which typically causes more trouble than it solves. The locum is unlikely to know the case management system (if there is one), the case or the client, and have their own special ways of doing things: most are older and so take a more “traditional” approach.

They are starting from scratch each time and it’s a sticking plaster solution at best. At worst, they probably shouldn’t even bother. For those smaller, typically technology-averse firms whose bosses have agreed to be pimped out by panel managers, the situation is even worse. With case handlers running anything from 100 to 200 instructions, the idea of a colleague covering their work as well as their own, is simply not practical. With the low fees that they get paid, the company cannot afford to employ more than one person to run these cases, so there is simply no fall-back.

How do we fix the problem?

There are two issues here – communication and affording cover. Firstly, if lawyers used more technology, information about the case would be available to people in their organisation and their clients. This would enable someone to pick up the case more quickly to assist and move the deal forward. If more elements of the conveyancing process were captured automatically, such as when mortgage offers are received or searches are ordered, reliance on the individual would be further reduced.

Case technology could be integrated with personnel systems so clients (and agents) could be warned in advance of holiday plans and be told who was responsible for their case during the period. Unfortunately, most lawyers don’t have functioning case management systems, so a piecemeal approach may need to be taken. Firms should know when staff are going on holiday and simple measures such as giving clients several weeks’ notice should reduce the panic that typically arises.

Secondly, if firms charged higher fees primarily by ditching panel work, they could afford to hire more people to work on each case and would provide additional cover at all times. It should be noted that small firms with just one of two conveyancers may have to consider the realities of providing conveyancing in general. Clients require consistency and availability and will not tolerate such a lack of holiday cover.

If law firms introduced just some of these changes, we just might see a reduction in the levels of panic the like of which would cause even a certain Mr Snow to quake in his furry boots.